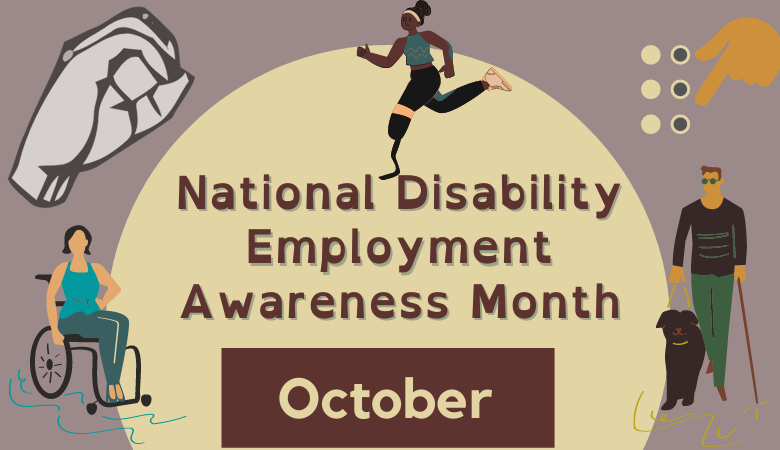 It sounds like a weirdly specific name for a nationally-recognized month of observance. But there’s an interesting history behind it. As World War II veterans returned to civilian life, the U.S. government recognized that many of them faced the challenge of reintegrating back into roles as primary earners while coping with disabilities caused by combat wounds. In 1945 Congress declared the first week in October as National Employ the Physically Handicapped Week.

Finally, in 1990, the Americans With Disabilities Act was signed into law by George H. W. Bush. Prohibiting discrimination by employers and requiring public services accommodations, this landmark piece of legislation extended protections of the 1964 Civil Rights Act to cover people with disabilities. Take a look at Monroe Library's ebooks on issues surrounding accessibility.